It’s been just about a month since moving to Ann Arbor, and it’s been crazy since the beginning, what with setting up the apartment, traveling home to Baltimore twice, hosting friends for the Notre Dame-UMich football game and going to visit friends in Chicago.  Now I’ve finally got a moment to breathe and all I want to do is veg out.  I’m feeling so exhausted and the thought of getting up and going out to find a job, make new friends and explore this place seems too daunting to do right now. Which isn’t to say I’m not excited to do those things eventually, but today I just want to be mindless.  George on “Seinfeld” created a pilot TV show “about nothing” so I’m doing the same with my blog this week.  Lots of pictures filling up space ahead.

Last week, I took Amtrak to Chicago to visit some high school friends who live there.  Amtrak is so cheap and easy here as opposed to on the East Coast: $70 roundtrip and a 10 minute walk from our apartment to the station in AA.  I got there at the butt-crack of dawn (well actually before that) for the 4 hour 20 minute ride to Chi-town.

AA Amtrak station at night…such a smaller scale than any of the Penn Stations I’m used to…one track, one vending machine.

The train was a bit delayed, but oh well.  (Another story on the way home though…I was supposed to get in at 11:20pm, but instead we had to wait on the tracks about 50 miles outside of town for the West-bound train to pass, so that we could get onto the single track…didn’t get home until 1am…exhausting…but I got a lot of reading done until my Kindle died.)  I hit the tracks back to AA around sunset and captured some pretty colored skies and industrial rigs and buildings: 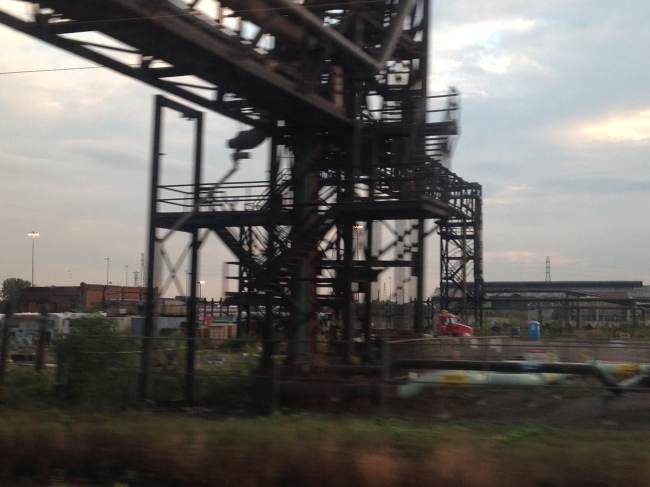 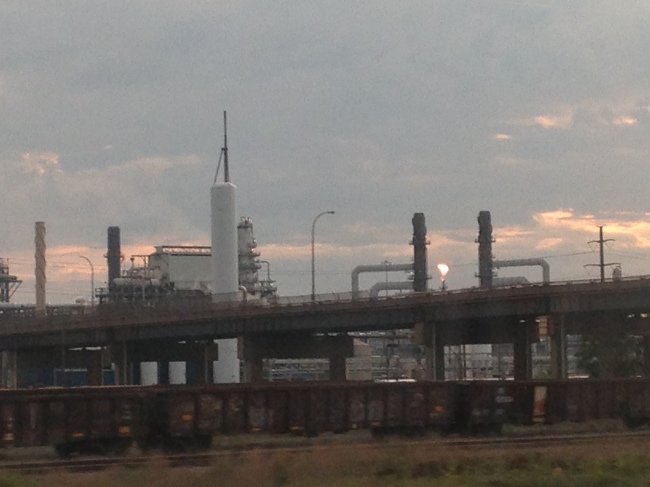 Some good Chicago pics, including one of a hunormous piece of lemon meringue pie at Gilt Bar…we ate until we were stuffed! 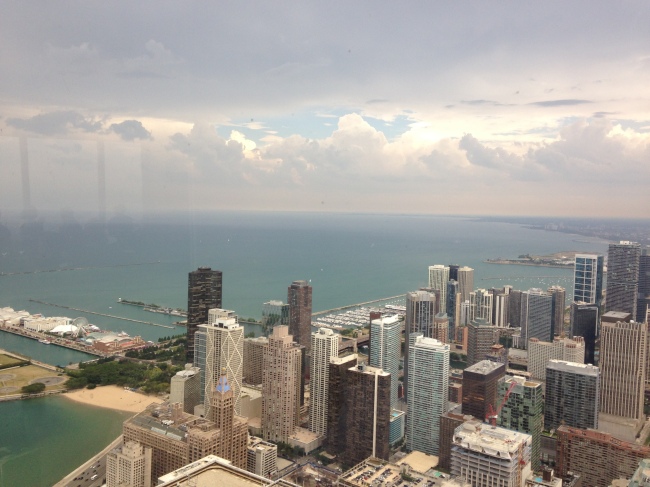 View of Lake Michigan from the 96th floor of the Hancock Building….you can almost see the curve of the earth!  How did these spiders get up here on the outside of the windows?  Gross!  Or as my BMS Lower School classmates know to say instead: “Hooooow interesting!” 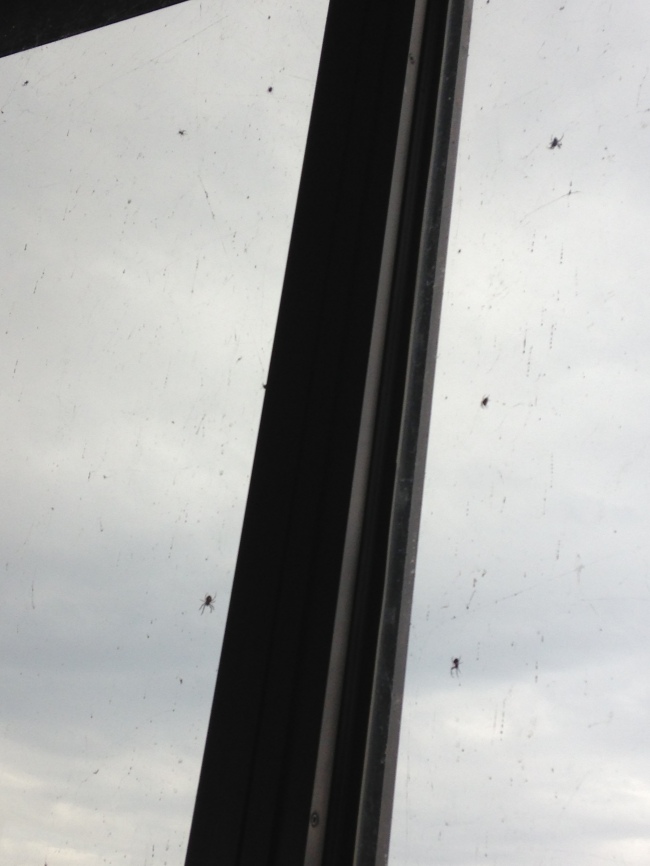 The friend with whom I stayed also moved to the Midwest for her husband and has been looking for a job as a lawyer.  It’s too bad we aren’t in the same city during this time of unemployment to get coffee and plan my wedding 🙂  She did, however, remind me of all the great talk shows on during the day!

To that end, I’ve decided that I’m giving myself this week to completely veg in front of Ellen, Katie, Bethenny, The View and The Chew, while drinking coffee, eating crackers and taking intermittent naps.  I’m going to be a blob that may or may not wash her hair, respond to emails or answer the phone.  My skin may, in fact, start to grow into the fibers of the couch, like bark around an old sign nailed to a tree.

The only things I have to do this week are go to the dry cleaners, get a drink with a friend one evening and write this blog post.  It is difficult for me, however, to allow myself to be completely unproductive.  Today I created a recipe album full of magazine clipings and FoodNetwork.com recipes that I’ve been accumulating for years:

Tomorrow I’m going to work on my wedding album.

I love lists so much (feeling of organization and accomplishment) that I made myself a TO DO list for my week of leisure:

Who has to write “nap” on a list of things to do?  LOL.  I’m clearly still getting used to this having no responsibility thing, even though it’s been three months since quitting my job and one and a half months since finishing up daily volunteer activities.  Wow, that’s so strange, because it really feels like just yesterday.

We had a great time hosting a bunch of friends for the Notre Dame-Michigan football game at the Big House a week ago.  A) It gave me the kick of motivation to finally put away last little bit of moving stuff that was lying around.  B) It was nice to see so many familiar faces all at once.  C) I got to see ESPN’s College Game Day in person!  This is the pregame show that visits a different college campus each week, however I don’t think they ever came to College Park (University of MD), and this is a show I watch fairly regularly, so it was incredibly exciting to see them broadcast live!

Students trying to get on TV

D) We had tons o fun bar-hopping, t-shirt hunting (since we were turned down for free t-shirts for not being students) and gawking at college shenans leading up to the 8pm kick off.

Because making a vodka-Sprite in your mouth is so much more efficient than wasting a cup!  And no one’s drinking water, so we may as well spray people with it instead!

E) The game itself was slow-moving, but a crazy good atmosphere, and we were part of history as the largest college football crowd ever, anywhere…until maybe later this season 🙂

For being the largest stadium in the US, they didn’t actually have lights to be able to play at night until a few years ago!

Giveaways included these cool “M” light up bracelets (please ignore the sunspots on my hand).  Here they are in action:

We also got fun yellow pom-poms….I’m going to start a Michigan bulletin board with all the souvenirs of our time here….Like game tickets…and the coupon for a weed-paraphernalia shop that someone was handing out on the street corner.

Here’s a ‘do that looks like it took some precision.  Definitely “supporting the team” – stop making my t-shirt look bad!

It’s finally coming into fall a bit here with cooler weather grayer skies.  These trees outside our apartment have the first twinges of fall-colored leaves: